Recently, our dedicated Glendale team travelled to the Dementia and Veterans Garden in Worle WSM to supply and plant several beautiful bedding plants.

This was done by our North Somerset team, including Paul Ballinger, who stated:

“I was introduced to a Mr David Skidmore, whose family have been in Worle for over 125 years running a local store. He started the project in lockdown carrying out all the work and funding it himself. After meeting on site and permission from Terry D I pledged that we would help.”

After Paul’s pledge, he worked on sourcing and supplying some of the 16,000 seasonal bedding plants purchased for various groups around North Somerset. As well as this, three new composters were delivered by the team and sourced using council contacts. The team, pictured below, spent the day planting out and tidying up the garden. Rubbish was removed using Glendale’s EST to help keep his costs down. 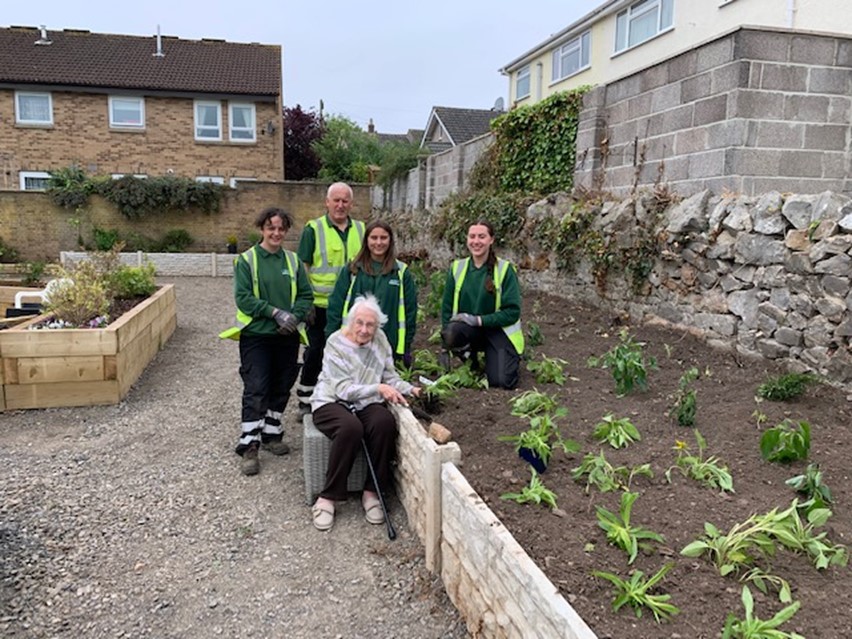 The team from left to right are Joanna Perry, Pete Bale, Mia Calderan, Emily Jarratt and at the front is Murial Skidmore.

The plants Glendale supplied include:

Just take a look at the pictures of the finished garden, a massive well done to the Glendale team who got involved in this project. It was a fantastic day onsite for everyone. 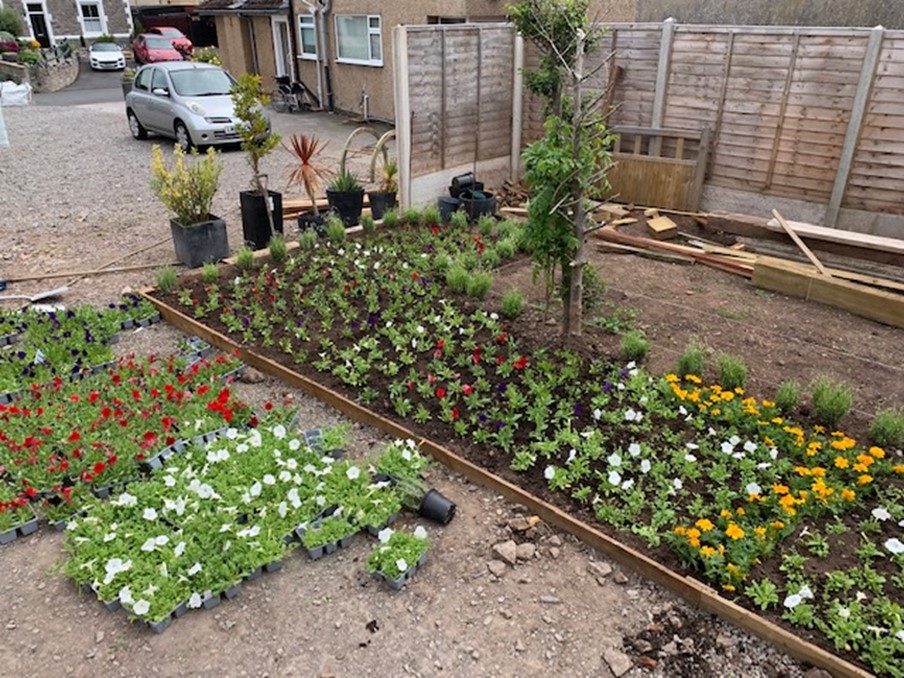 Here at Glendale, we take pride in helping our community flourish with new plants and green spaces, it’s what we do best. We were extremely happy to help Mr Skidmore with this fantastic garden due to the premise behind it. Did you know that gardening is extremely helpful for someone with dementia? This is because of the physical activity, cognitive function, and social interaction it provides, providing both physical and mental benefits. Simply being around greenery is known to decrease stress.

Here at Glendale, we provide a range of grounds maintenance services all across the UK, if you’re interested, contact the team and receive a free site survey.

In May, we were offered a free ticket by BALI, the leading Trade Association for UK landscape professional...

Here at Glendale, we’ve got some extremely exciting news to share regarding our corporate development director, Adrian Wickham! Adrian was asked ...

Here at Glendale, we’re excited to announce that we’ve achieved the silver sustainability verification from Alcumus SafeContractor for achieving e...

Here at Glendale, one of our main goals is to become completely carbon neutral. We continue to get closer to this goal with a new electric addition to...

Read full story
View all Articles
We use cookies on our website to give you the most relevant experience by remembering your preferences and repeat visits. By clicking “Accept All”, you consent to the use of ALL the cookies. However, you may visit "Cookie Settings" to provide a controlled consent.
Cookie SettingsAccept All
Manage consent